Don’t Look Behind The Curtain.

What does that mean?

It means that a magician uses distraction to keep you from finding out how the magician is really doing the trick, the sleight-of- hand.

They have learned that by rallying up their base that can distract the public from what they are really doing that they have their own curtain to hide behind. Their constant attacks on us has been changing public opinion against, many have no knowledge about us so they believe the rhetoric coming out of conservative organizations. 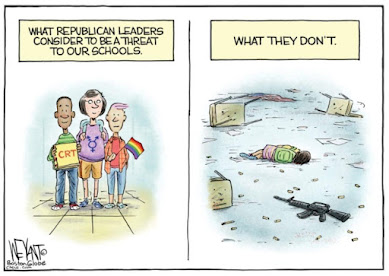 They use these distractions to misdirect the public from the real issues, as children are dying in schools the Supreme Court is on the verge of invalidating permits for conceal weapon licenses.

The gerrymandering, the voter restrictions, and closing voting places in minority districts, their consolidation of power and making states into a one party systems. They are ignoring the voters because they can, they know that with their gerrymandering and denial of voting right that they have quashed the opposition and instead they focus on their lies of voting fraud.

The Republicans’ goal is a one party system here in the United States, they dream of an authoritarian government with them in charge like Hungary or Russia, run by a dictator and of course the oligarchs appoint the dictator because the voters can’t be trusted to do the right thing.