A Test Case For Same-Sex Marriage? 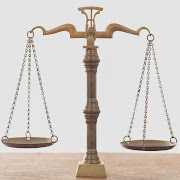 It looks like both sides of this nasty divorce is going to the Supreme Court.


A lesbian mother in Oklahoma, amid a contentious divorce, is fighting to reverse a judge’s ruling that removed her name from her child’s birth certificate — a decision that could create a chilling precedent for same-sex parents ending their marriages.

Kris Williams and Rebekah Wilson were married in the summer of 2019, reports local news outlet KFOR. Shortly thereafter, the couple had a son via artificial insemination. While Wilson carried the child, Williams was there for the birth, cut the umbilical cord, and was listed on the birth certificate. The couple’s son was even named after a family member on Williams’s side.

The couple has since filed for divorce and Wilson petitioned the court to remove Williams’s name from the birth certificate. Judge Lynne McGuire subsequently ruled that Williams “failed to pursue a legal remedy to establish parental rights.” According to Judge McGuire, being on the birth certificate wasn’t enough; she should have also adopted her child.

First problem with the case.

“According to Judge McGuire, being on the birth certificate wasn’t enough; she should have also adopted her child.” Well married heterosexual couples of a child born when they used a sperm donor do not have to “adopt” the child. Under the law any child born of a legal married couples is not considered to be an adoption. But it is complicated by what state the court is in and also this does not affect their divorce, but only the custody of the child.

Accord to the IRMS’ LGBTQ+ Reproductive Medicine in New Jersey…

The recent United States Supreme Court case of Pavan v. Smith, 582 U.S. – (2017) did not enhance the value of a birth certificate. In Pavan, two married same-sex female couples in Arkansas sued because the state refused to put both spouses’ names on the birth certificate. Arkansas alleged that its birth certificates are for collection of biological data, although it offered no proof that opposite-sex couples were required to submit proof of biology. The United States Supreme Court ruled that Arkansas was unconstitutionally discriminating against same-sex couples by denying them the same rights, responsibilities and benefits that married opposite-sex couples have pursuant to Obergefell v. Hodges, 576 U.S. 644 (2105).

The holding of Pavan means that every state is required to treat same-sex couples the same as they do different-sex couples and list both spouses in a marriage on the birth certificate at the time of birth. However, this decision did not elevate the value of a birth certificate to make it a confirmation of parental rights.

Hmm… so it looks like the Oklahoma judge may have overstepped his bounds and ignore the Supreme Court’s ruling. But hold on there is a monkey wrench in the ruling; “required to treat same-sex couples the same as they do different-sex couples” because some states require that the non-biological parent to adopt the child. I do not know if Oklahoma is one of those states and if it is the other parent must adopt the child which didn’t happen.

Some of the law sites that I looked up the question says it is suggested to also adopt the child as a safety precaution, the National Center for Lesbian Rights says,

Regardless of whether you are married or in a civil union or comprehensive domestic partnership, NCLR always encourages non-biological and non-adoptive parents to get an adoption or parentage judgment, even if you are named on your child’s birth certificate.

The Advocate goes on to say,

“The concern is if [Williams] loses, that’s going to set some pretty bad precedent in the state of Oklahoma, and possibly beyond,” Hanna Roberts, an attorney with the American Civil Liberties Union of Oklahoma, told The 19th. “I think that this is just the first time that there has been such an adverse ruling that is so contrary to equal protection. It’s gotten the attention because same-sex couples get divorced all the time.”

The organization intends to get involved if the case moves forward to the appellate court because of the possible wider implications of the ruling.

Once again, this case centers around parental rights and not the legitimacy of their marriage, and I do see this is going all the way to the Supreme Court.