This And That In The News

"This And That In The News" is about articles in the news that have caught my eye and I want to share or comment about. These are the articles that caught my attention today.

In what a London lawyer is calling a “game-changing decision,” the Ontario Human Rights Tribunal has struck down a rule that required trans people to undergo "transsexual surgery" in order to change the sex category on their birth certificates.
[…]
As a result of the decision, Ontario now has 180 days to revise the criteria for sex designation change. The government must now present “some alternate requirement,” Nussbaum says. “One idea that is being considered is having a guarantor process, so there would be some third-party guarantor confirm that a person is living in a particular gender.”

Now if we can only get a decision like that here in the states.

The U.S. Citizen and Immigration Services (USCIS) issued a memorandum last week that updates the Adjudicator's Field Manual, a guide binding all agency staff overseeing immigration procedures. It spells out policy around immigration documents issued and marriage benefits given to transgender individuals. The interim memo, released for comment from stakeholders, is in effect until further notice from USCIS.
[…]
USCIS will also approve green-card petitions by American citizens or permanent residents for their spouses if a petitioner establishes that the transgender individual has legally changed their gender and subsequently married an individual of the other gender; that the marriage is recognized as a heterosexual marriage under the law where the union took place; and that the law where the marriage took place does not bar unions between transgender individuals and persons of the other gender.

I once had a call from a lawyer, whose client was an immigrant, asking if I knew of a doctor or a way for a trans-woman gender could be changed so that her marriage would be recognized by USCIS. I told the lawyer to get a probate court order recognizing her true gender. He said that the courts didn’t do that… I told go back and look up the law, that I knew some trans-people who needed a court order to change their birth certificate in another state.

For some students, roll call in a classroom is exactly what it sounds like — the reading of a name. However, for transgender students who identify by a different name than the one listed, roll call can open the door to being outed to classmates. 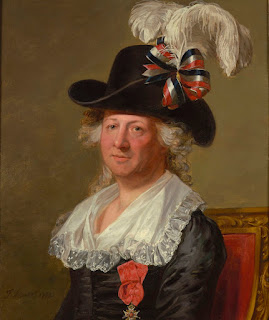 “The 18th century portrait appeared to be of a somewhat manly middle-aged lady. Research before the sale suggested otherwise, and upon cleaning, the face revealed a distinctive 5 0’clock shadow. This fuelled further investigation that resulted in the astonishing discovery that the portrait is of the legendary spy, diplomat and transvestite, Chevalier D’Eon that has been lost since 1926. The painting is now “under serious consideration” by the National Portrait Gallery, London. Should it be purchased will represent the gallery’s first oil painting of a cross-dresser in guise.

D’Eon lead an amazing life she was more than a crossdresser; however, there was no terminology back then so we do not know how she identified and D’Eon could very well have been intersexed. D’Eon was ordered by the King of France to live her life as a woman. For more information about read Wikipedia Chevalier d'Eon and Chevalier D’Eon De Beaumont. Eonism was name for D’Eon

e•on•ism [ee-uh-niz-uhm]
Noun Psychiatry .
The adoption of feminine mannerisms, clothing, etc., by a male.
Origin:
1925–30; after the Chevalier d' Éon (died 1810), Frenchman who posed as a woman
Dictionary.com