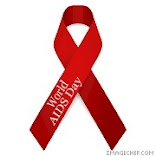 HIV/AIDS is an equal opportunity disease and if you are sexually active you show be taking precautions.


By the end of 1984, AIDS had already ravaged the United States for a few years, affecting at least 7,700 people and killing more than 3,500. Scientists had identified the cause of AIDS—HIV—and the U.S. Centers for Disease Control and Prevention (CDC) identified all of its major transmission routes.

Yet, U.S. leaders had remained largely silent and unresponsive to the health emergency. And it wasn't until September 1985, four years after the crisis began, that President Ronald Reagan first publicly mentioned AIDS.

But by then, AIDS was already a full-blown epidemic.

The conservatives labeled it “The gay disease” but the thing is all diseases do not care if you are liberal or conservative they attack everyone equally.

Health officials first became aware of AIDS in the summer of 1981. Young and otherwise healthy gay men in Los Angeles and New York began getting sick and dying of unusual illnesses normally associated with people with weakened immune systems.

It didn't take long for fear of the "gay plague" to spread quickly among the gay community. Beyond the mortal danger from the disease, they also dealt with potentially being "outed" as homosexual if they had AIDS or an illness resembling it.

The conservatives labeled Monkeypox the same because the first cases happened on the LGBTQ+ community.

"The inadequate funding to date has seriously restricted our work and has presumably deepened the invasion of this disease into the American population," a CDC staffer wrote in an April 12, 1983 memo to Dr. Walter Dowdle, Assistant Director of CDC at the time. "In addition, the time wasted pursuing money from Washington has cast an air of despair over AIDS workers throughout the country."

Again history repeated itself with COVID Trump tried to ignore COVID calling it the “Asian Disease” see a pattern here?

On September 17, 1985, President Reagan finally mentioned AIDS publicly when responding to a reporter's question. He called it a "top priority" and defended his administration's response and research funding. On October 2, Congress allocated nearly $190 million for AIDS research—$70 million more than the administration's request.

That same day, actor Rock Hudson, Reagan's close personal friend, died from AIDS, dragging the disease into the public's eye. In 1986, reports from the Institute of Medicine/National Academy of Science and Reagan’s Surgeon General, C. Everett Koop, advocated for a coordinated response to AIDS.

Ditto with COVID, at first Trump said don’t worry about it…

And we all know that it didn’t.

The budget has been increasing under President Biden but it was cut under Trump.

In Trump’s budget for fiscal year 2019, the administration proposed cutting millions of dollars for programs helping to prevent and treat HIV/AIDS in the U.S. The reductions included cutting $40 million from the Center for Disease Control and Prevention’s HIV/AIDS prevention programs, and $26 million from the federal housing program for people living with AIDS, among other cuts, according to nonprofit advocacy group The AIDS Institute.

AIDS is still out there in the wild… be safe, take precautions!

I didn't come out until the 2000s, but the AIDS epidemic is part of our history and it infected many in our community and brought out the good in our community, it is not a "gay disease" but an equal opportunity infector. There were many angles in the lesbian community who came out to help their gay brothers and trans sisters in their time of need.

If you are trans and have come out since then you should learn of not only the history of the HIV/AIDS epidemic but also the history of the trans community. Of the Cooper's Donuts Riot, of the Dewey’s Lunch Counter Protest, of the L.A.’s Black Cat, and of the Compton Cafeteria uprising which all took place long before the Stonewall Uprising. We have been "Gay Washed" out of history and as a trans person you should know those who struggled before to make our lives possible.

I wrote about them here, Before Stonewall, Before... and here Why Our History Is Important