The Wheel Turns In Mysterious Ways 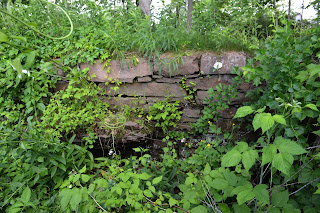 Last Wednesday I walking over at Pistol Creek which is an abandon golf course with a friend and her mother. A couple of years ago I met her on Facebook, she is from town. When she posted on Facebook that her parents sell antiques and they were looking stuff to sell on consignment, I contacted her since I was looking to sell the stuff that we cleared out from my parent’s house that was taking up space in my basement. I had them over to look through what I had and they took some on consignment.

Fast forward to today, the town is thinking about turning the abandon golf course in to sports fields which I’m against because the area has reverted back to its natural state. The golf cart paths make excellent walking trails that are used by many town residents. There are mother’s pushing baby carriage and seniors being pushed in wheelchairs, so I guess you can say it is used from cradle to grave.

When I went to a town Conservation Commission meeting where there was a hearing on the plan I meet some of the people who are organizing the opposition to sports fields. She mentioned that there were some historic foundations along the creek where they want to put in the fields. I knew my Facebook friend knew a lot about the town history so I contacted her and we decided to photograph the old foundation. When we met there, her mother who also knew a lot about the town history was with her. As we were walking around the park taking pictures they were telling me the history of the site. (Above is the foundation of the Jacob Wilcox's house. It was overgrown and was partially destroyed when the built the golf course.) One of the first gun companies in the U.S. was located there in the 1700s. Simon North made pistols there in 1799 (Hence Pistol Creek).

When we walking I mentioned my age and her mother said that she was only a year younger. She said where she lived when she was little and I said I lived a couple of blocks away... What school did you go to? It was the same school! I asked what is your maiden name, she said her name and it rang a bell with me.

Later when I got home I dug out my 5th grade photo and there she was! We were classmates in elementary school! Not only that but we use to play together. It a small world after all!

Here is a photo of one of my birthday parties and she is one of the girls in the picture. 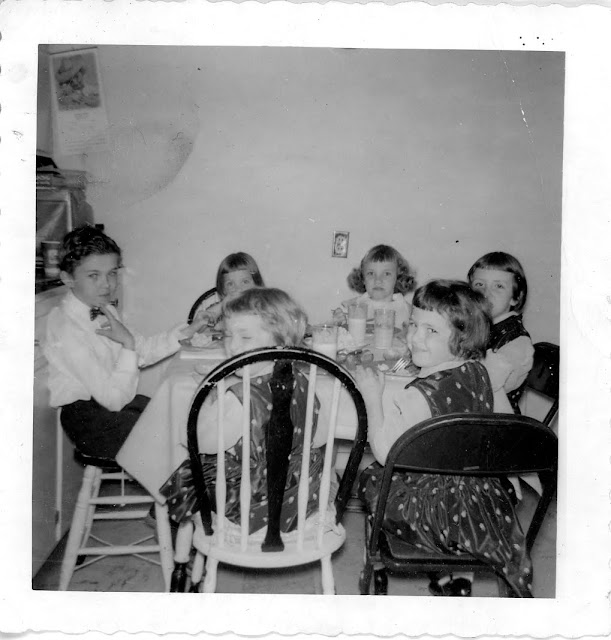