Saturday 9: (Amazing) Just the Way You Are

Crazy Sam’s Saturday 9: (Amazing) Just the Way You Are

1) This song is about a girl who can't accept how pretty she is. How do you respond to compliments? Do you accept them graciously, or do you get embarrassed?
I get embarrassed; I’m not good at receiving compliments.

2) Bruno says he takes inspiration from a variety of musical styles -- everything from rock to reggae to hip hop. What kind of music do you listen to most often?
Classic vinyl and the Sixties are two stations that I listen to on Sirius XM

3) Bruno's uncle was a professional Elvis impersonator, and as a little boy Bruno also performed on stage as the King. When you picture Elvis, do you think of early rock'n'roll Elvis from the 1950s, Technicolor Hollywood Elvis of the 1960s, or the rhinestone jumpsuit Elvis who performed in Las Vegas?
I never was an Elvis fan, I liked his songs but not him.

4) Bruno plays several instruments onstage, including piano, guitar and congas. What instruments can you play?
I don’t play any instruments; when I tried to learn to play the trumpet, well let’s just say everyone was glad when I gave it up.

5) Bruno is touring all over the country this summer. What's the last concert you attended?
Wow, I have to go back some forty years. It probably was a Grateful Dead concert

6) Unlike some other stars, Bruno doesn't demand a lot of luxuries on the road, but he did admit to TMZ that he insists Wet Wipes be provided for his dressing room. If you could ask your boss for anything, anything at all, to make your workplace more comfortable, what would you request?
A Zero Gravity chair and a quiet room to take naps in.

7) Rumors are flying that Bruno might become a judge on American Idol. Are you an Idol fan? Do you watch any of the other "talent search" shows -- The Voice, America's Got Talent, The X Factor, etc.?
Nope, never watched any of the those

8) Bruno is an unapologetic cigarette smoker. Do you smoke? Have you quit? Or did you never start?
I smoked when I was about eleven and then my father caught me and I couldn’t sit down for a week… best thing he ever did for me.

9) Billy Joel also had a hit with the title "Just the Way You Are." If we were going to do karaoke, which version would you sing -- Billy's or Bruno's?
Billy’s. But you don’t really want me to sing, it will drive everyone out of the room. 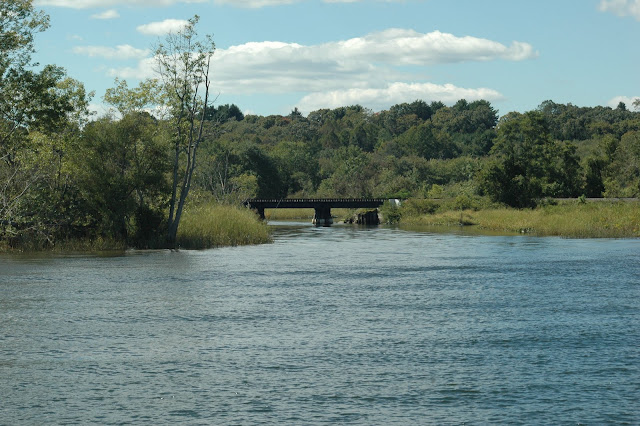 And here is the engine…

The bridge that they are singing on is the railroad bridge in Middletown and the ferry is the Chester-Hadlyme Ferry one of the oldest continuous operating ferries in the nation (Since 1769).