Unfamiliar with this song? Hear it here.
(I like the Andrews Sisters version of Boogie Woogie Bugle Boy better.)

1) Bette Midler sings that the bugle boy wakes up Company B every morning by playing reveille. What awakened you this morning (phone, alarm clock, sunrise, etc.)? Or did you wake up on your own?
Being retired I keep my own crazy sleep schedule.

3) Bette was named after Bette Davis. Her sisters, Susan and Judy, were named for Susan Hayward and Judy Garland. So now we know who Mother Midler's favorite actresses were. Who are yours?
Wow I hate these type of questions… There are so many great actresses but some of the ones that I can think of off the top of my head are;
Katharine Hepburn
Meryl Streep
Audrey Hepburn
Cloris Leachman

4) Bette has been married since 1984 to artist Martin von Haselberg. She was 39 years old, already a star, and had never married before. Yet within six weeks of meeting him, she was so sure Martin was "the one" that they tied the knot. Have you found that love takes time, or, like Bette, have you fallen in love quickly?
Another difficult question. Being single I haven’t been bitten by the love bug yet.


5) When their daughter Sophie was growing up, it was Martin who taught her to cook. What was the last thing you prepared in your kitchen? Did you use the microwave, stovetop, convection oven, blender, coffee maker ...?
The microwave, I made a cup of tea.

6) Bette says that listening and compromise have been the key to their happy marriage but adds, "Compromise is hardest of all." On what have you compromised recently?
Being single and retired I don’t really need to compromise.

7) Bette and Martin have a farmhouse in upstate New York. She enjoys feeding the chickens (whom she has jokingly named The Kardashians) and puttering in her garden. Do you have a green thumb?
I have a black thumb.

8) In 1973, the year this song was popular, actor Neil Patrick-Harris was born. He's best known as Barney on How I Met Your Mother, which ran from 2005-2014. Were you a fan?
Nope. But I did see Neil Patrick-Harris on Broadway in Hedwig and the Angry Inch the night he won they Tony for the play. (Boy that was seven years ago!) 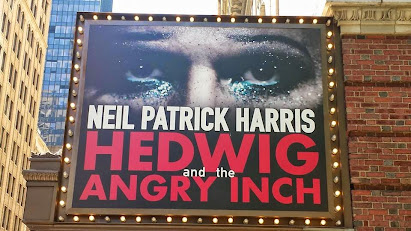 9) Random question -- How often do you put crackers in your soup: Always, often, seldom or never?
Well it depends upon the soup, I don’t want to put crackers in a soup with noodles or rice but they do go good in clam chowder.