She Got That Right.

From a surprising source, Kourtney Kardashian, who debunked the fake research.

Their crime is that they may get aroused by the idea of being a sexy, attractive woman.

These trans women are therefore suffering from a "paraphilia", Blanchard argues – basically a sexual perversion driven by a straight, masculine, sexuality.

But what about autosexuality in cis women?

As many have pointed out, this theory presupposes that cis women do not get aroused by their own bodies or by "feeling sexy". Because if they did, that would make this a female sexual trait, and even a human one.

Indeed, if it is found among cis women, you might argue that finding such arousal in trans women is a clear indication of their female gender identity.
[…]
Research documents a lot of autoerotic fantasies in cis women

Studies of women's sexual fantasies documents that cis women may perfectly well get aroused by the idea of being a sexy, attractive, woman. I doubt very much that the multibillion dollar fashion industry is driven by the need to attract men alone. In fact, many cis men show no appreciation of female fashion at all. I suspect may women dress up because looking good feels good.

I have always believe that everyone alive has "autogynephilia."

I believe that without autogynephilia the human race wouldn’t exist. There definitely wouldn’t be a Victoria Secret.

When you are doing scientific research there are there are certain standards you must follow, two of them are;
Where Blanchard went wrong was he had no control groups. He should have also tested cisgender women as a control group.

He also got his research subjects from one place… gay bars. He only interviewed trans women he found there. There was no diversity in his subjects, they were all former gay men who were attracted to men. There were no trans women who are attracted to women.

The sample was a convenience sample, as the name implies it was very easy to get his subjects from a gay bar.

However, sometimes it is very hard to get a random sample, sometimes the only way to get your sample base is what is called a snowball sample. One person who has taken the survey contacts another person who takes the survey, who then contacts someone else, etc., etc.

I was on a team who received a grant from the CDC* to survey the trans population for AIDS, we used a snowball sample but we made sure that we had a diverse sample base. We wanted diversity in age, race, socioeconomic status, and sexual orientation.

The people that we picked as seeds, the first person in the snowball sample.

The other thing that Blanchard had wrong was there was no control group. He should have asked the same questions to cisgender women and that is one of the points that Kourtney Kardashian pointed out.

One other thing… Blanchard’s research was never approved by an IRB (Institute Review Board) to work on human subjects. 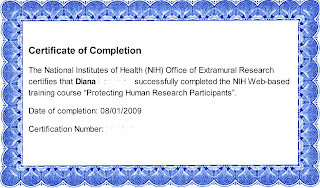 I am currently working on another survey for the state of Connecticut later in this month I will have more it. Right now the contractor hired by the state is finishing up the survey.