What Is A Hate Crime? 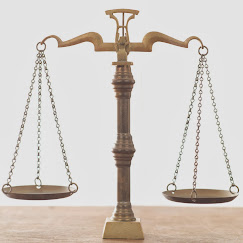 There are a lot of people who don’t understand or don’t think that there should a different law for the same crime.
The naysayers say if you get beat up that is the crime of assault and battery. Period. But crimes have always been broken down to different degrees… first-degree murder, second-degree murder, or involuntary manslaughter. They all involve killing a person but they go to the person’s intent. A hate crime is based on motive.
If someone beats you up that is assault and battery but if they beat you up because you are trans or black, or another protected class that is a hate crime because of the intent.
Connecticut law puts a hate crime like this…

(a) A person is guilty of intimidation based on bigotry or bias in the first degree when such person maliciously, and with specific intent to intimidate or harass another person because of the actual or perceived race, religion, ethnicity, [or,b>] disability, sexual orientation or gender identity or expression of such other person, causes serious physical injury to such other person or to a third person.

(b) Intimidation based on bigotry or bias in the first degree is a class C felony.

A hate crime’s motive is targeted at the community as a whole, not an individual. It is meant to intimidate the trans gender community or the Black community, or any other protected class.
There are some people who don’t see the different in the Black lives Matter protests in Portland Oregon and the invasion of the Capitol. They say they were both resulted in the destruction of property, I say that there is big difference and that goes to motive.
Both involved the majority of the demonstrators not doing any harm or destruction, but a fringe group did the violence, however…
The BLM protests were to correct the unjust treatment that is based on bias.
The assault on the Capitol was based on bias for a political party.
There is a difference.
The assault on the Capitol was a hate crime against the people of the country. They wanted the votes of the people overturned, the violence was directed at the people of the United States.