Random thoughts during the hurricane Isaias…

I have been sitting out on the deck when the wind really started picking up around four and I skedaddled back inside… when you see a two foot  in diameter tree swaying in front of you… well it wasn’t something that I wanted to be around.
Then I heard the unmistakable sound of tree coming down somewhere in the wetlands. This is the last gasps of Tropical Storm Isaias.
I am glad that the ground is dry, the tree roots have something to hang on to.
Well the storm passed by us and left in its wake downed tree and limbs but no damage to the house. No internet nor cable TV, at around 3 it went out.
By 6 PM the heavy winds died down to about 30 or 40 mph.
As I was sitting out on the deck tonight there was an owl off in the distance hooting, he probably saying “WTF” just happened? Hopefully its nest didn’t get destroyed.
I woke up this morning still without internet and cable TV, it is worst than the stay-at-home order at least then I could communicate with other people but now… crickets. Also without internet no morning newspaper.
I just remembered that I can watch broadcast television… Yeah, I got TV.
They said 600,000 without power and wind gusts up to 70 mph.
Finally got through to Facebook… “I made it through ok, no damage, no internet or cable.”
Off in the distance are the sounds of chainsaws and wood chippers.
Comcast’s website says the cable will be fixed at 3… 24 hours since it went off.
They lied.
Now they are basically saying it will be fixed when it is fix. You can’t argue with that logic.
I just got a message from my laptop anti-virus software… Internet threat detected! All come on now, I haven’t had internet in over 24 hour. Either it is very slow in analyzing the threat or it is making them up.
At least during the “stay-at-home” order I had the internet to keep in touch with friends but now I can’t even get the next e-book in the series, I started reading a real book!
When I went grocery shopping yesterday just about every street had a tree leaning on wires, some had brought the wires down other the town crew had either blocked off the road or they put traffic cones around the fallen wires.
Yesterday on my way to the grocery store I had to take a detour around the main road through town was closed at the intersection with a traffic light, there was a large tree across the road  and today when I was leaving to head up to the Cape they had a crane there lifting section of the tree onto a flat bed truck.
Here are some pictures from around my yard…
My neighbor's yard... 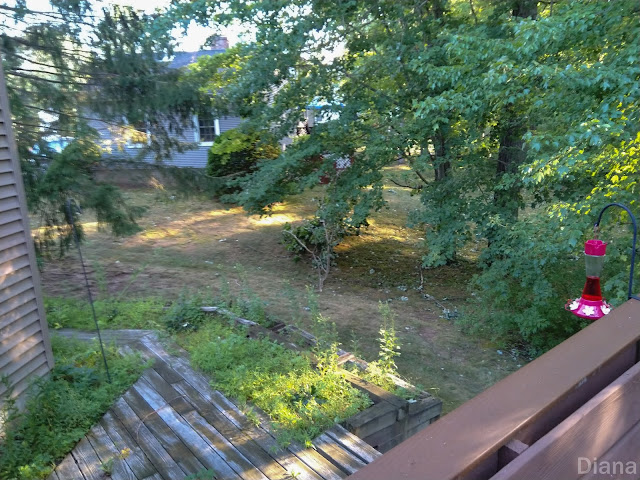 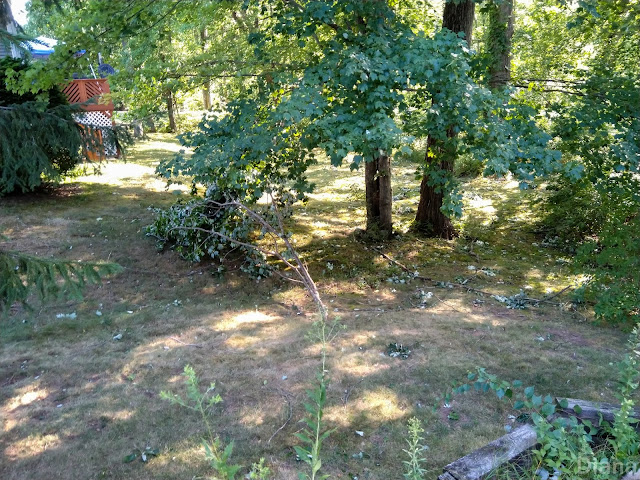 My backyard everywhere was covered with leaves and broken pieces of branches. 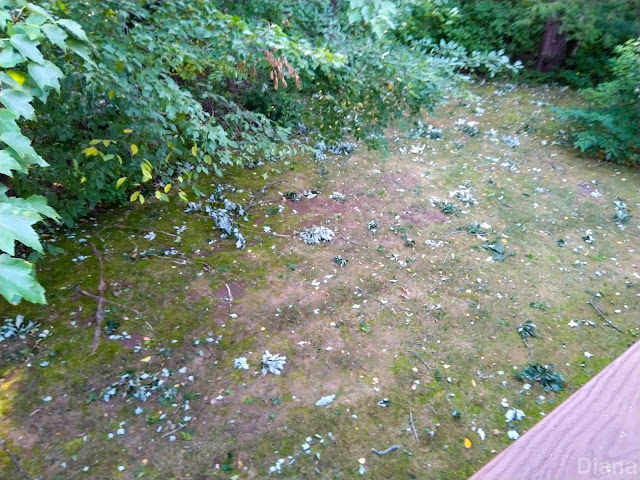 Some larger limbs came down but did no damage... 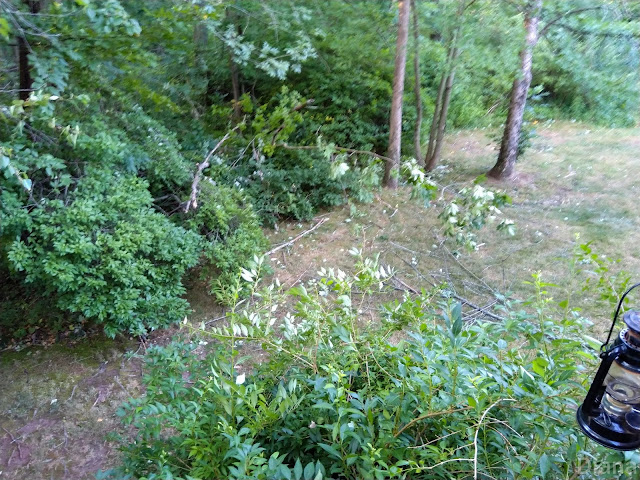 It is hard to see but there is a big limb laying across the bushes on the right. 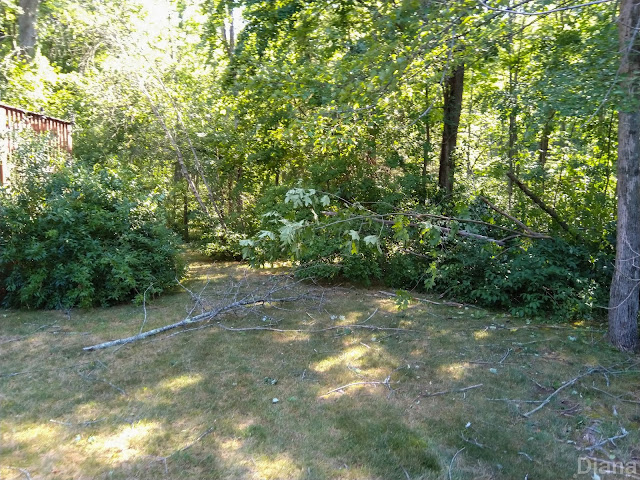 My neighbor across the street lost a number of trees 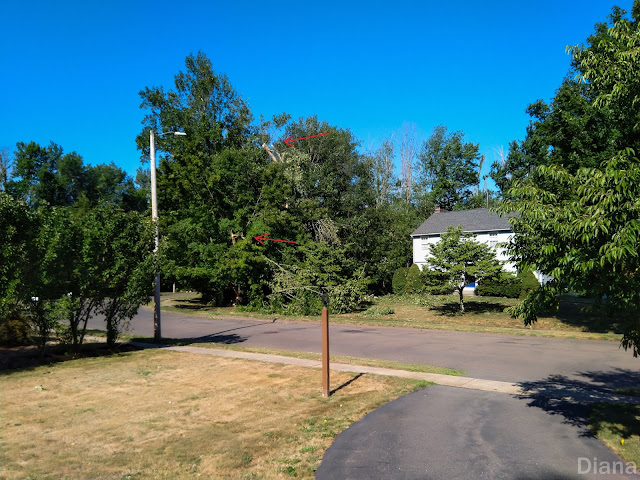 As soon as the hurricane was over he was out there cutting the tree up by hand.
Posted by Diana_CT at 2:46 PM