Saturday 9 Where You Lead

Unfamiliar with this week's song. Hear it here.

1) This is the theme of The Gilmore Girls, a TV show that ran  from 2000 to 2007. It recently enjoyed renewed popularity as a reboot. Were you a fan?
Oh yes… most definitely

2) The show is about thirtysomething Lorelai Gilmore, her teenage daughter Rory, and her parents, Richard and Emily. The four of them had dinner together every Friday night. Who did you have dinner with on Friday? What was on the menu?
A friend at the cottage and we had Chicken Kabobs

3) Lorelai is outgoing and talkative. How about you? Are you seldom at a loss for words?
It depends upon the topic, I could talk your ear off on some topics.
Testifying before a state legislative committee 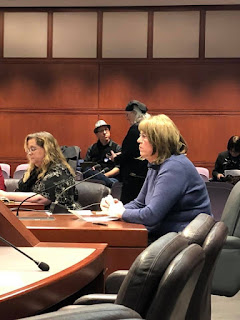 Speaking at the Women's March in Hartford

4) Rory dreamed of going to an Ivy League school and then becoming a broadcast journalist. When you were in high school, what were your ambitions?
I found school boring… my ambitions? To get out of there and do some serious partying in college.


5) Rory's grandfather (and Lorelai's dad) went to Yale and performed with the Whiffenpoofs, Yale's famous a cappella group. Have you ever sung in front of an audience?
If you need to clear out a building fast… ask me to sing.

6) Rory's grandmother (and Lorelai's mother) Emily was very active in civic organizations and worked hard on the Hartford Zoological Society's Annual Silent Auction. Have you ever attended an auction?
Oh yes. I was at a fundraiser for a non-profit a couple of weeks ago and I’ll tell you don’t want to scratch your nose or tug your ear because you might just bid a couple of thousand dollars. One of the items they auctioned off was a weekend trip for two to a California winery, valued at $4,000 went for around $10,000… “Seven thousand dollars, do I hear eight? I have eight thousand, do I hear nine?”

Did you know that Lauren Graham started in a short? It is excellent!


8) Carole King originally wrote this week's song, "Where You Lead," for her Tapestry album. Do you have a favorite Carole King song?
You Got a Friend


I saw Beautiful: The Carole King play twice, if you like Carole King see the play! It is about her early life as a teenage song writer and mother.

9) Random question: If zoo animals could talk, which animal do you imagine would be the rudest?
Cats. Feed me and I might, just might, hang around for a while unless I get a better offer.