Who Are The True Fiscal Conservatives?

The Republicans boast that they are the fiscal conservatives and that the Democrats are the reckless spenders, but look at the surplus/deficit for each President going back to President Johnson.

Change was calculated from President's first year’s debit to the last year’s debit after that President’s budget (i.e. President Bush, W. took office in 2000, but his first budget was in 2001 and his last budget was for the 2009 fiscal year.) and adjusted for inflation. (From “U.S. Federal Deficits, Presidents, and Congress”) Also I do not mean the national debit, but the difference between income and expenses, how much was collected in taxes verses how much was spent.

Here is a graph of the budget surplus/Deficit by President… 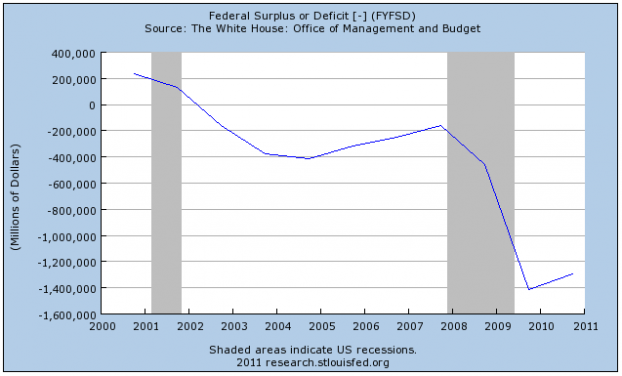 So who are the real fiscal conservatives?