Okay, this one is hard to tell, it happened back in the early 2000s before I transitioned and it happened up at the New Hampshire lake cottage.

My parents bought the cottage when my father retire back in the early eighties, I think that it was 1981 but I am not certain. Most of the time my parents were up there when I went up but sometimes I had “Diana” time. Or I had trans friends up there and I could Diana for the whole weekend. I still wasn’t “Out” to anyone except my trans friends.

We had a flotilla of boats… a canoe, kayaks, a Phantom sailboat, a Meyers’ rowboat, and a 16 foot 75 horse Bass Pro by Mirrorcraft. Plus an assortment tubes, rafts, noodles, etc.

I used to bring up my technicians from work for the weekend and we used to go fishing. We would get up bright and early around nine and go fishing until the case of beer ran out. Then they used to go for a beer run and come back two cases of beer, drinking one before bed and saving one for the morning. 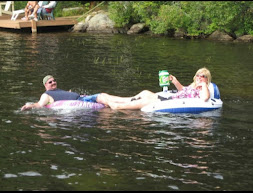 But other times I used to have my trans friends up for the weekend, the cottage had 5 bedrooms, a kitchen, dinning room, living room, and a den and it overlooked the lake. We had a good number of parties there. 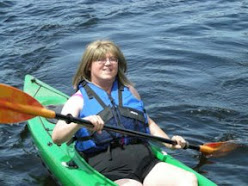 However, it is not the parties that I want to talk about, when I went up there alone I was always Diana. 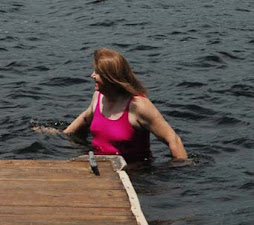 One night I was laying on the couch in the living room reading and I heard giggling. That sounded just outside the window, so instead of looking out the window I got up and walked to the bathroom and without the light on I saw three men running away!
I was petrified… peeping Toms!
I felt violated.
I cried.
I packed and headed home.
I didn’t go back up for a very long time.
I loved the cottage but that night it became a place of evil.
Once I transitioned I did go back up but that night was always on my mind.
I had recognized them, they were teenagers from around the lake, a teenager from 3 cottages down the street, one teenager from the other end of the lake who was from Connecticut, and the kid across the street (who was latter arrested for murder.).
But the story isn’t over yet.
A few years later at a family holiday get together my cousin who it turns out knew the kid from Connecticut mention that someone up at the lake crossdressed! Bang, my anxiety level just shot through the roof... Did she know it was me?
After I had transitioned, we were putting curtain drains around the cottage and my brother told me that he hired the kid from across the street to do the excavation for the drains he was coming over that morning to do begin doing the work. I freaked out! I literally ran to the car and drove home immediately leaving my clothes and everything behind.
I later told him what happened those many years ago.

Email ThisBlogThis!Share to TwitterShare to FacebookShare to Pinterest
Labels: about me, my story, trans stuff