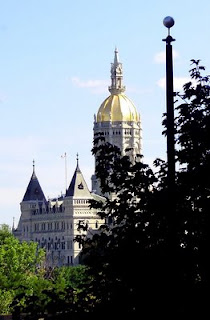 About six years ago, I came out as a transsexual after denying it for most of my life. I hid this part of my life from all of my family and friends.  Over time, the pressure from keeping this secret grew inside of me.  I knew that I needed to make a decision which would rectify this internal discord. As part of this journey into self acceptance, I joined a transgender support group…
[…]
...Before I came out, I lived in fear and shame. I was afraid that someone would find out about my great secret and my self-worth suffered accordingly.  In coming out, I leaned self-acceptance and in gaining this acceptance came empowerment. This has become a valuable tool in which to help others.  Self-acceptance allows one to not only believe in themselves but that all things are possible – even social change and social justice.  I think the Reverend Jesse Jackson said it best in his poem “I am Somebody”-- we are all somebody and we can never forget that.

I left my application at the Admission’s office and went home. When I got home the message light was blinking… it was from Admissions! The message was, “There seems to be a discrepancy with your  application…”

The next day when I stopped the Admission’s office and I walked into the door they all looked up from their desks and one said, “Oh we just figured out the discrepancy.”

At grad school I did the best that I have ever done in school my grades were all A+, A, and B+ compared with my undergraduate grades of C, I squeaked by with a 2,02 average. I also lead the Student Organization’s Community Organizing committee and sat on the Student Organization meetings as the CO chair. Many times I went up to UConn’s main campus as part of the Student Org and my internships and I became friends the Rainbow Center director and staff.

It was almost a non-event being trans at college. The only thing that happened was a rash of term papers on trans topics and I was interviewed for many of them. It was only for two semesters that I had to use my male legal name, but on all my tests and term papers I used Diana. Once I had transitioned UConn changed over my paperwork to Diana and also changed the gender on the documents.

I did my internships at Connecticut Women Education and Legal Fund where I worked on the lobbying for the non-discrimination law. This is from Lobby Day at the Capitol, I am looking up their legislators. 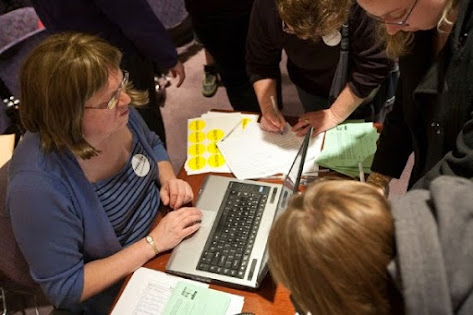 I made many friends among the student body and the facility, many of whom I am still friends with. Some have asked me if I had any problems as a trans student and I joke… it is the School of Social Work, I better not have.

Ten years ago May I walked across the stage to be hooded and receive my diploma. 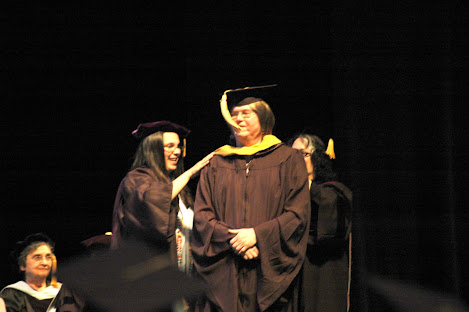 Next week My Story will be about coming out at work.