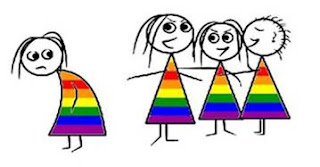 If you believe that they have changed, I have a bridge to sell you in Brooklyn.


The game has changed for LGBT Republicans.

A year ago, I had no idea what Log Cabin Republicans was or who it represented. Despite the fact that I am a gay conservative, as far as I was aware, the only nation-wide organization representing people like me was the Republican Party itself. And let’s face it … for years, the GOP wasn’t the most inclusive to LGBT conservatives.

That all changed in the 2020 election, when I got involved with the Log Cabin Republicans, which I soon learned is the nation’s largest organization representing LGBT conservatives and their allies. Since that time, I have witnessed firsthand that the Republican Party has never been more welcoming of LGBT conservatives than it is today. Countless people like me across the country are getting involved in the Party and its future.

As the president of the Tampa Bay chapter of the Log Cabin Republicans, I see it every day.
He lives in his little dream world, where up is down and right is left.
Many members of our chapter credit President Trump with giving them the courage to stand up as proud Republicans despite the enormous pressure from the rest of the LGBT community to stay silent. Gay conservatives are now more vocal and more active, and have become a visible presence on the national stage.

Hey I want what he is smoking!

So why do they have their heads in the sand and not see what is happening to us?

Let me count the way…
The Williams Institute looked into the...

Differences Between LGB Democrats and Republicans in Identity and Community Connectedness

Compared to LGB Democrats, fewer LGB Republicans said they feel a part of the LGBT community and view participation in the community as positive.
~~~~

Perceived Stigma
Also, Republican and Democratic LGB people perceived similar levels of rejection and discrimination in the communities where they lived. A majority of each group said that they believed that people thought less of an LGB person and that most people would not want to hire an openly LGB person to take care of their children. Still, a majority of people of both party affiliations thought that most employers would hire an openly LGB person who is qualified for the job.

Internalized Homophobia
Compared with Democratic LGB people, more Republican LGB people said they would want to be completely heterosexual and that being LGB is a personal shortcoming. But similar proportions—more than a third—of LGB people of both party affiliations said they had tried to stop being attracted to same-sex partners at some point in their life.

It is like the battle between some of the trans people who have transitioned and had surgery from those who “just crossdress.” It is “Lateral Hostility” where I am more trans than you. You are “just a” man in a dress while I’m a woman!

We saw it in Caitlyn Jenner on her reality TV show when they brought her to LGBTQ community center, she didn’t feel any connections with them. She had no empathy towards them.