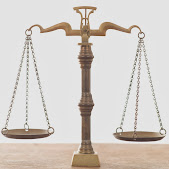 We lost a big court battle yesterday down in Virginia, at least it wasn’t in a federal court.


The Supreme Court of Virginia on Monday rejected a Loudoun County Public Schools appeal challenging a circuit court judge’s decision to reinstate a teacher who was suspended after remarks made during a May school board meeting, according to court records.

Byron “Tanner” Cross, a Leesburg Elementary School physical education teacher, was suspended after stating during a May 25 public comment portion of a School Board meeting that he would not refer to transgender students by their chosen names or pronouns, challenging the school system’s draft Policy 8040, “Rights of Transgender and Gender-Expansive Students.”

Cross said he would “not affirm that a biological boy can be a girl, and vice versa,” citing his Christian faith as his reasoning.

And then it became a court battle.

“Teachers shouldn’t be forced to promote ideologies that are harmful to their students and that they believe are false, nor should they be silenced for commenting at a public meeting,” said Tyson Langhofer, senior counsel and director of the Center for Academic Freedom with Alliance Defending Freedom (ADF) in a prepared statement.

And when the speech becomes hurtful?

Unfortunately hate speech is protected under the First Amendment, that is why if someone calls us a derogatory word it is almost impossible to prosecute someone of a hate crime. Now if they raise a fist or use threatening language then it passes beyond the First Amendment.

To support the opinion, the Supreme Court of Virginia referred to ADF’s Meriwether v. Hartop case, in which “the Sixth Circuit emphatically held that a university professor stated viable free speech and free exercise claims based on his university’s disciplining him for refusing, based on his Christian faith, to use a student’s preferred pronouns.”

The school blew it! I think that they would have had a better case if they fired the teacher for not following school policy or another procedure policy rather then what he said.