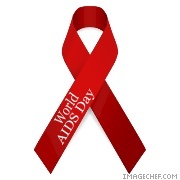 AIDS/HIV affects us all. One of the fastest growing demographics is people over fifty.

Senior Citizens and HIV Over 50
HIV and the Older Adult - A Growing Population
About.com
By Mark Cichocki, R.N.

When we think of HIV we have certain populations in mind. We hear about its ravages on young men and women; on the gay and transgender populations; on the homeless and the intravenous drug user. We seldom think about hiv and senior citizens. What no one talks about is HIV and the older adult. It's no wonder that when you talk to our senior citizens, they feel HIV is not a risk to them. Is HIV a risk to older adults. Is HIV over 50 a problem?

The truth of the matter is that HIV surveillance shows that 11 percent of all new AIDS cases are in people over the age of 50. Statistics also show that new AIDS cases rose faster in the over 50 population than in people under 40. The following information sheds light on HIV and the older adult population and what can be done to raise awareness, slow the infection rate, and sustain a high quality of life for our seniors.

We also need to be aware that the transgender population is also at risk.

World AIDS Day- What Does It Mean for Transgender People?
NTCE
By Mul K. Kim

World AIDS Day is fast approaching on December 1st. It is an internationally recognized day to raise awareness about HIV/AIDS, reduce stigma and discrimination, and commemorate those who have died from the disease.

People who are diagnosed with HIV experience stigma and discrimination due to a variety of factors. Many people continue to be uneducated about HIV/AIDS and remain fearful that they may be infected by casual contact. Lambda Legal issued a report on HIV stigma and discrimination which found that 34% of individuals had false beliefs about HIV transmission, including mistakenly believing that transmission can occur through sharing a drinking glass, touching a toilet seat, or swimming in the same pool. The same report noted that disclosure of one’s HIV status can lead to wrongful termination from a job, wrongful eviction from one’s residence, denial of services, or assault.

On World AIDS Day, one of the commitments we can make is to review the information HIV/AIDS and make sure we each do our part to eliminate the disease.

Here in the greater Hartford area, the Connecticut TransAdvocacy Coalition and the Hartford Gay and Lesbian Health Collective are conducting a survey to determine the impact of AIDS/HIV on the transgender population. Hopefully, the survey will shed some light in the size of the transgender community and the threat of AIDS/HIV to the community.
Posted by Diana_CT at 8:31 AM